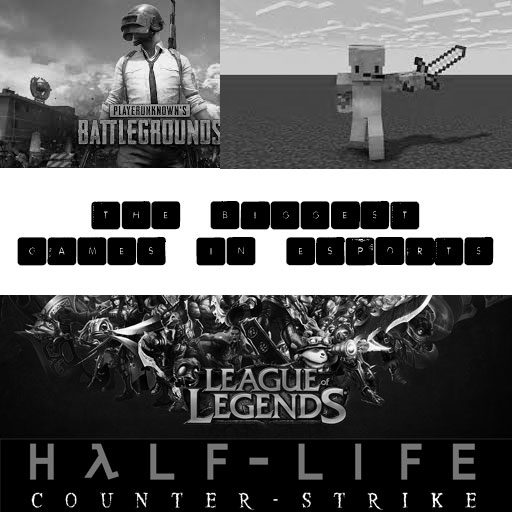 Known also as competitive gaming, professional gaming, electronic sport etc., the e-sport market is expected to touch $1.5 billion by 2020. They all are aggressive forms of video games played by professional players. These games come under various genres, like fighting, first-person shooter (FPS), real-time strategy and multiplayer online battle arena (MOBA). In this, the MOBA happens to be the one that is most popular, garnering good viewership. Here is a list of the most prominent games in e-sport, right now.

Heroes of the storm (HotS)

Since its release in 2015, this multi-player, battle arena game from Blizzard Entertainment has caught on very well. Available on MS Windows and MacOS, it has many of the Blizzard franchise heroes from StarCraft, The Lost Vikings, Warcraft, Diablo, and Overwatch. The games are free to download and play, with a freemium version also available. It allows players to choose from different game modes of playing single, against the computer or other players. It offers enormous prize pools and has a significant amount of professional player following. They have tried to make the game easier to understand and play even for the non-MOBA players, which has helped it become one of the biggest games in e-sport.

Smite is highly accessible, third-person MOBA game from Hi-Rez Studios. After the launch, they had hosted a Smite Launch Tournament in Atlanta for a prize pool of more than USD 200,000.This was followed up with the start of Smite World Championship Series (SWC) as well. Even before the launch, this game garnered a lot of support for its beta version. This game is free to play on MS Windows, MacOS, PlayStation 4 and Xbox One. The game allows players to control the gods, goddesses or mythological characters through team combats using various tactics. This game mostly features in the Top 10 in the most watched sports on Twitch.

Coming as part of the counter strike series that is old and hugely popular, this is an FPS theme based game. It is usually part of the DreamHack and World Cyber Games, since 2003. The latest launch, Global Offensive is a smashing success across the world. Currently, Counter-Strike Go is averaging a viewership of 46.5 million a month on Twitch. One of the reasons why this game has become one of the biggest games in e-sport is its simplicity. This game is among the most significant tournaments and also has a substantial professional player base. The game is built around an exciting theme of terrorists and counter-terrorists battling for supremacy.

Dota 2 players make up for the top 55 esports players in the world, and that speaks volumes about this game, its popularity and pull. Defense of the Ancients (DotA) is a MOBA, battle arena game from Valve Corporation. The game has been a regular at Major international tournaments like Dreamhack, World Cyber Games, and ESWC etc. with massive prize pools of $18 to 20 million. The game is played between two teams of five players who vie to control the hero.