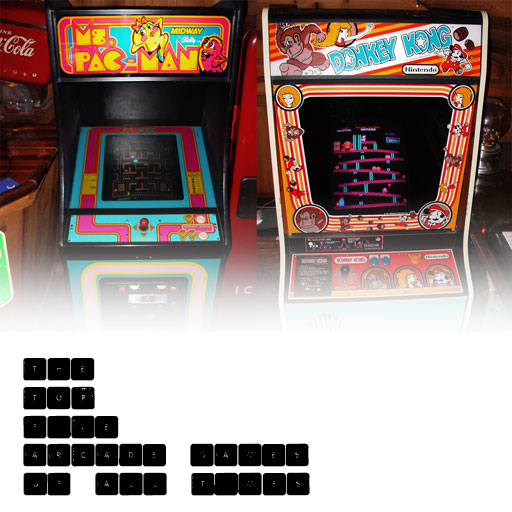 Did you ever meet up friends at local arcade on Saturday night? I sure did. This was the one thing many kids back in the day looked forward to, a night hanging out. Everyone was trying to beat the high score from the last player. What is the prize for winning? Bragging rights for the week at school. No matter if you played Frogger or Paper Boy someone had to pound your score. Beating a friend at a game is something that’s fun for you all as long as no one gets hurt. There are always creative ways of making a game more exciting.

The days of playing arcade games in the mall have passed. People nowadays prefer to play Xbox, PlayStation or Nintendo in the comfort of their homes. The coin machines of the past offered a different experience of playing. The sound was hard to hear at times; colour pixels were missing. In my own opinion, today’s games offer better colours, sounds, and graphics than the ones from the past. With the technology changing often the kids prefer the super large 52-inch smart TV over a small dark screen. The controls have advanced over the years as well. The old ones were simple compared to the new ones of today. However, this makes the past seem forever ago.

What Are the Top Games?

I have listed what I believe to be the best all-time video games. Today you can still find many of them with new and exciting adventures.

5-Centipede- Sorry people I had to place this one last. Yes, it’s a fun game to play. However, it does get boring after a few levels.

4-Mario Bros- in my mind they all Mario Bros games are good. The old school game before the Mario worlds was created had to be the best.

3-Ms Pac-Man- Just like the original Pac-Man, however, the girls liked this better. Why? You have one guess. Yes, that’s right because of her being a girl. For me, I love this game due to a new character had been created.

2-Mr. Pac-Man- This was one of the very first games I ever played as a child. The eating of monsters and them returning impressed me.

1-Dinkey Dong- This is the most beautiful game ever made. The graphics where advance for the time he came out. Also, the idea of different levels of difficulty to reach the Princess was great.

There you have it the best five games of all time. I think my favourite day’s had to be Saturday and Sundays. Always looking for money in the week, just to play on the weekend. Wow, have times have changed from going out to staying home and playing. Games from the past are a great way to introduce our children to a time that’s long gone. Always remember a blast from the past is a great thing no matter what. 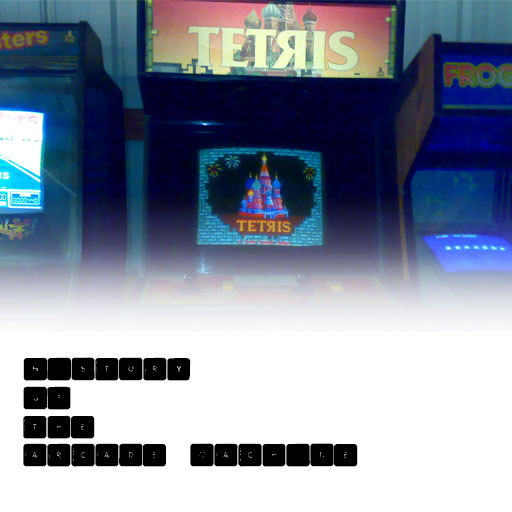 Arcade machines have been around for almost 100 years, and today, a clique of retro game players exist to keep alive the arcade machine around. These games arrived at the groundbreaking technology way before consoles and personal computers took over. They stand the test of time with a long history to tell from its time as being just a pinball to the hand-controlled action of Pac-Man. Arcade machines did not just come in as they were initially.

The first arcade games in the pre-graphic era were in the 1920s in amusement parks and county festivals with the ball toss and the coin-based fortune teller. In the 1930s, the arcade game was expanded into pinball machines. This would be the defining arcade game for the next four decades until their were upstaged first by their electric versions and then the video game. These electronic versions would make its debut in the late 1960s, starting with Periscope, an electric-shooter game that simulates submarine shooting. Later, the first version of Duck Hunt was released to feature rear-view projection.

As the 1970s moved along, arcade machines became more electro-mechanical. Following Periscope and Duck Hunt, other genre games like Grand Prix, Jet Rocket, Killer Shark, Wild Gunman, and Pong, the first commercially successful video game from Atari. But the first game to start what is known as the “Golden Age of Arcade Games” is Space Invaders. Released in 1978, the Japanese-produced game developed formally the shooting genre that has been copied ever since. Throughout the 1980s, many other arcade machine games from Pac-Man to Frogger to Donkey Kong grab ahold of the arcade lovers and the industry received, in 2017 figures, $21.5 billion in revenue.

The development of video game consoles that can be played at home led to the fall of the arcade machine, although many stubbornly held on to play another day with the same games. Companies sought to replicate the advanced graphics being developed by the consoles into the arcade room. In 1991, it received their return by the release of Street Fighter II and other games produced in the martial arts genre, which would become the leading type of game in the arcade machines. 3D games also became something arcade manufacturers used to bring back players have video game consoles initially struggled to develop them. But by the late-90s, the video game consoles finally developed the advanced console similar to the arcade game, and it was much more affordable than before. They rose, and arcade games dropped more off the map.

Arcade games still exist, but its glory days are far over, unable to catch up with what the home console and computer have to offer: games at home. Arcade games and arcades have both vintage games in complete function, as well as the more radical, challenging physical games such as skeeball and the highly popular Dance Dance Revolution. It remains very high in Japan also, and production has not halted as long as people still keep playing them.

The arcade game remains a highly popular retro setting and activity for young and older people. Games like Space Invaders, Pong, and Asteroids that started in the late 70s and early 80s topped the pinball machine at the time as computer companies went towards graphics to make use of the groundbreaking technology. While many games still live on as among the best, one game has stood the test of time more than any of the original arcade games: Pac-Man. From its new creation to why it became a smash, Pac-Man’s history is a fascinating example of a booming success.

The Birth Of A Yellow…Thing

Its creator was 27-year-old Toru Iwatani, an employee of the Japanese gaming company NAMCO who developed the character in part on staring into a pizza box with two missing slices that gave Pac-Man his look. With the same theme of food, Iwatani pitched to NAMCO executives who sought to move the company towards arcade games and challenge Atari that was attractive for both boys and girls since video games had almost no lady characters in them. For nearly a year, from 1979 to early 1980, the maze, ghost-like figures, and the music were all invented and developed as the new arcade classic. The name comes from “puck-puck,” meaning to munch and cookie dots were its power source.

Release And Phenomenon of Pac-Man

Before its release, the name was changed for English-speaking players to Pac-Man. For one, Puck-Man did not make sense (especially for Canadians and their hockey), and two, US distributor Midway Games feared that “Puck” could easily be made obscene by replacing the P with an F. Other minor changes included the cabinet design and extra levels of difficulty. In Japan, it was not positive compared to other video games that were out already, but in the United States, it became an instant hit because of its easiness to play and understand, as well as its attractive look on screen with the characters and theme song. It sold over $1 billion in sales with another $1 billion in licensing goods, most notably the hit song “Pac-Man Fever” by the duo Buckner & Garcia.

Legacy and the future

As of 2017, with inflation counted for, the game is the second highest grossing game behind Space Invaders with $7.43 billion and nearly half a million units sold. It is among the highest in brand awareness and is among the longest running video game franchises in history. Pac-Man remains one of the most popular and most influential video games ever with its cutting-edge genre of maze games, use of cut scenes, and introduction to ghost characters. Over thirty spin-offs were released. In the film Pixels, thirty years after the game’s release, Toru Iwatani made a cameo as himself. Google has honoured the game with their famous Google Doodles on their homepage. It remains of the greatest video/arcade games ever produced.