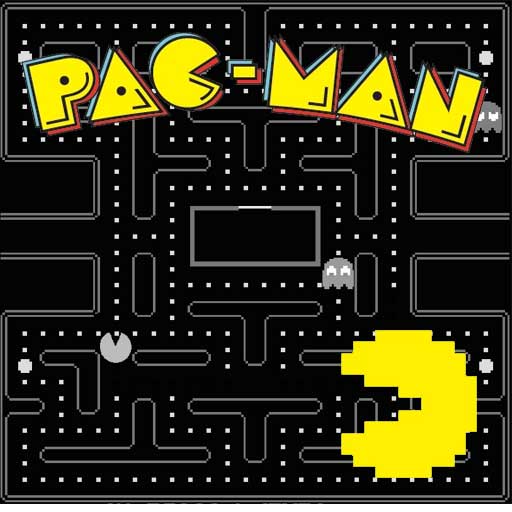 The arcade game remains a highly popular retro setting and activity for young and older people. Games like Space Invaders, Pong, and Asteroids that started in the late 70s and early 80s topped the pinball machine at the time as computer companies went towards graphics to make use of the groundbreaking technology. While many games still live on as among the best, one game has stood the test of time more than any of the original arcade games: Pac-Man. From its new creation to why it became a smash, Pac-Man’s history is a fascinating example of a booming success.

The Birth Of A Yellow…Thing

Its creator was 27-year-old Toru Iwatani, an employee of the Japanese gaming company NAMCO who developed the character in part on staring into a pizza box with two missing slices that gave Pac-Man his look. With the same theme of food, Iwatani pitched to NAMCO executives who sought to move the company towards arcade games and challenge Atari that was attractive for both boys and girls since video games had almost no lady characters in them. For nearly a year, from 1979 to early 1980, the maze, ghost-like figures, and the music were all invented and developed as the new arcade classic. The name comes from “puck-puck,” meaning to munch and cookie dots were its power source.

Release And Phenomenon of Pac-Man

Before its release, the name was changed for English-speaking players to Pac-Man. For one, Puck-Man did not make sense (especially for Canadians and their hockey), and two, US distributor Midway Games feared that “Puck” could easily be made obscene by replacing the P with an F. Other minor changes included the cabinet design and extra levels of difficulty. In Japan, it was not positive compared to other video games that were out already, but in the United States, it became an instant hit because of its easiness to play and understand, as well as its attractive look on screen with the characters and theme song. It sold over $1 billion in sales with another $1 billion in licensing goods, most notably the hit song “Pac-Man Fever” by the duo Buckner & Garcia.

Legacy and the future

As of 2017, with inflation counted for, the game is the second highest grossing game behind Space Invaders with $7.43 billion and nearly half a million units sold. It is among the highest in brand awareness and is among the longest running video game franchises in history. Pac-Man remains one of the most popular and most influential video games ever with its cutting-edge genre of maze games, use of cut scenes, and introduction to ghost characters. Over thirty spin-offs were released. In the film Pixels, thirty years after the game’s release, Toru Iwatani made a cameo as himself. Google has honoured the game with their famous Google Doodles on their homepage. It remains of the greatest video/arcade games ever produced.