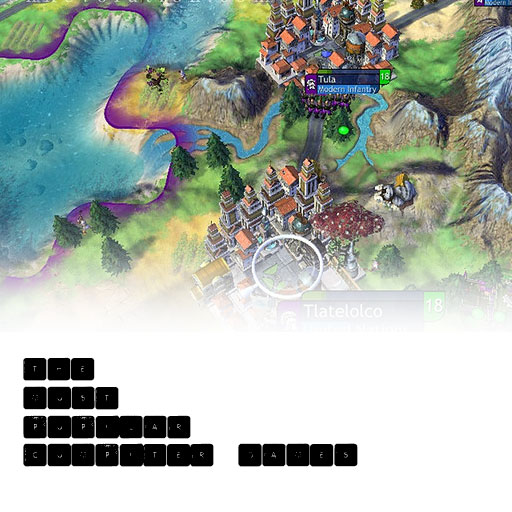 Today’s computer games are exhibits of astonishing graphics and backdrops. And it just doesn’t just end there. Most of them have deep storylines, exciting plots and characters and offer thrilling actions. Are you looking for the most popular games in the world of PC gaming right now? Check out the list below.

The Most Popular Games PC Has to Offer Now

The following are the best and the hottest computer games that you should be playing on your computer right now:

Destiny 2 boasts astonishing backdrops, level-up character development progression and incredible cinematic story. Developed by Bungie, Destiny 2 is a first-person shooting game published by Activision. Game players will wear the hero suit as they assume the character of a Guardian protecting the Earth from various alien races. Are you ready to defend the Earth? Gear up and prepare yourself for some intergalactic firefights.

Cuphead dazzles players with lovable, charming hand-drawn graphics that somehow gives off the         1930’s cartoon vibes. But don’t be fooled. Its beauty comes with an unforgiving level of difficulty. The game requires sharp precision mixed with an ample amount of patience. Be ready to face severe battles where you are going to meet death over and over again.

Here’s the game for all the avid fans of Dragon Ball Z. Well, perhaps even for those who are not.   Dragon Ball Z Fighters features one of the best and incredible fighting scenes in the world of PC        gaming.

Since the game was launched in 2016, Overwatch has become one of the biggest games on the global scene. Released by Blizzard Entertainment, this hero-shooting game is a combination of fast and thrilling gun-play and stunning team-based modes.

Civilization VI is no doubt the best version of the game to date. The game’s developer Firaxis              Games did an outstanding job in the additions and refinements made adding depth to the game. The colourful graphics, new units and traits and additional development options have added appeal to its players. Civilization VI merely is one of those games that will keep you saying   ‘just one more turn’, only to find out you have already wasted 8 hours playing. And, don’t tell us we didn’t warn you.

Dishonored two highlights unique free-style stealth gameplay. An excellent sequel to its predecessor,  the new version will surely keep players engrossed with its gorgeous and well- designed missions. Players will have access to tons of tools and abilities and the insanely numerous ways to play the game only added to the game’s appeal.

The Game Is On

There are tons of PC games that are available right now. Precisely an excellent news for gamers out there. With impressive animations, engaging background music and creative storyline, really, what is there not to like them? These games on the list have created a buzz for gamers throughout the world. And, if you haven’t taken the time to play them yet, now is the time to prepare your PC for the best game on however. Read more blog entries HERE.