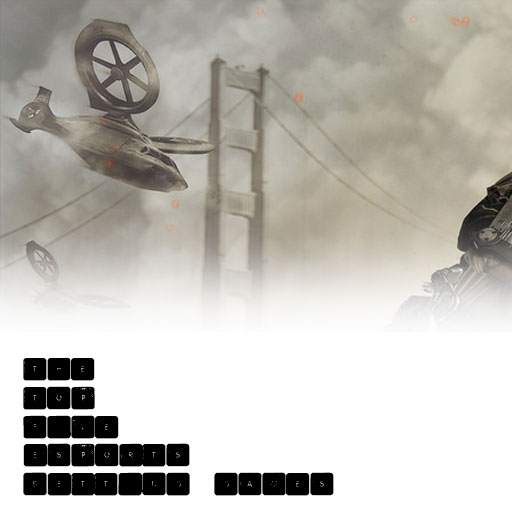 eSports betting is rapidly gaining popularity among bettors in the world of sports betting. Did you know that it is estimated that by 2020, the eSports betting revenue will reach as high as $23.5 billion? Talk about the best time to place your bet on eSports.

Spotlight On: Why eSports Betting Is So Popular Nowadays

Favorite eSports Betting Games You Should Know About

Below are some of the most popular eSports betting games today:

Unarguably, the best-known game series of all time which has also taken the scene of eSports betting by storm.

Known as an online team brawler game featuring your favourite Blizzard heroes. The gamers battle for the championship on the battlefield as they take on the characters from Diablo, Overwatch, Starcraft and Warcraft.

Just released in 2016, Overwatch is quite a new game yet. However, that doesn’t stop this game from being one of the hottest games right now. It’s another multiplayer game of combat and strategy.

Developed by Valve Corporation, DOTA 2 got its initial release in the year 2013. This Multiplayer Online Battle Arena or MOBA-based game is a significant hit because of its engaging gameplay. The game features two teams consist of five players each. They are bound to compete with each other in a set of thrilling action and strategy.

Developed by Riot Games and released in 2009, LOL is one of the world’s favourite PC games. Since its launch, the game has achieved groundbreaking success and is among the most talked about games. The game is about two competing teams with five members each. The teams choose their champion which will engage in battles within various game modes and battlefields.

A well-known game about tanks where the players choose the armoured vehicle to control and challenge into a fight.

Smite was released in 2014 by Hi-Rez Studios. It is considered one of the highest profiles eSports gaming choice. In this game, players take on mythological characters and engage in combats.

In a nutshell, eSports is a type of competitive video gaming. Bettors can place their wager on which team they think will win the match. You can choose which genre you would like to engage in. Would you go for the first person shooter games or the MOBA games? It’s all up to you. Additionally, it is essential to know about the number of ways to a bettor can place their bets in eSports. This includes real money betting, social betting, challenge betting, fantasy betting, and skin betting.